It was always going to be an adventure – the first interview maverick therapeutic genius David Grove had given since 1996. So maybe it wasn’t surprising to find myself dangling upside-down in a dark, sub-zero November car park on a psycho-active fairground ride.

Maybe I should have expected another result, too: massive personal change at the deepest level. That’s what I got.

David is the creator of Clean Language, a set of simple questions which help clients explore their own metaphors. The facilitator’s ideas stay as far in the background as possible, the client’s words and gestures take centre stage.

But his new work is causing an even bigger buzz. A packed house at his Saturday-night demonstration at the London NLP Conference in November was spellbound – but confused. We could see that big things were happening for the demonstration subjects. But what was really going on?

Executive coach Neil Scotton, of Redhill, Surrey, was one of the demo subjects that evening, and experienced something deep. He found it hard to put into words, though, even weeks later. “I have learned something, but I am not quite sure what. It was a mind-shift experience.

“I didn’t end up with a to-do list. It’s like a much greater sense of purpose and being, feeling much more purposeful and together and – reassured, I suppose.  It’s had a very positive influence on my decision making, a sense of peace in troubled times.”

Neil, director of research for the International Coach Federation, wants to find out more. “I would certainly recommend other people to experience it. I think there is something really important in there about the way in which we ask questions of each other and the way in which we can better understand each other.”

So, what is this process, exactly? It’s not tidily codified; it’s still shifting with every sweep of David’s imagination. It involves space, movement, and as few words as possible. It’s about staying Clean. It’s about running a system and allowing new information to emerge.

In the version of it that was demonstrated that night, the client moved from space to space around the room, with David asking: “What do you know from that  space there?”, “What does that space know?” and “Is there another space that you could move to?”

The mechanics seemed straightforward enough. David and one of his collaborators, Carol Wilson, outlined it in Resource a few months ago. www.cleanlanguage.co.uk/DavidGrove-Emergent.html

But perhaps there was more to it than a simple exercise. David was noticing little details of the subjects’ body language, such as Neil tapping his watch. “The information we want is in that tap!” he declared. There was something unusual about the way David timed his questions and the subject’s movements.

From Neil’s point of view, it wasn’t all easy going.  “One position was horrible!” he said. “I was burning up and my heart was going and I felt really out of control, ‘What the devil’s going on here?’

“Like NLP it’s like a hammer – you can use it to make things, make things stick together and stay stuck. By the same token you can do a huge amount of damage. I’m reminded of when I was growing up in Kent my dad bought a chainsaw and I read the handbook that went with it. It said: ‘Accidents with chainsaws are seldom trivial.’”

So, what about this interview? By the time of the conference I’d been trying to pin David down for weeks, even though he’d agreed to the interview to promote a training he’s doing jointly with Wendy Sullivan in May.

I’d discovered that David was notoriously unpredictable; that he’d follow whatever grabbed his interest; that he’d vanish mysteriously and then appear without warning, rounding up a group for his latest enthusiasm. One minute he’d love to meet for lunch, the next he was sick, travelling, in Yorkshire, in France…

On that conference Saturday night he was charming, flirtatious, fascinating, enthusiastic – and apparently totally oblivious to the fact that it was ten o’clock and nobody had had any dinner. And the next day, when we finally sat down together, the charm was turned off completely. David was direct to the point of rudeness. Questions were met with hostility or an uncomprehending stare, making traditional interviewing impossible.

I was slightly tempted to walk away and talk to somebody civilised.

But as a news journalist, the “Clean” principle is deeply ingrained in me: “People don’t want to hear how you feel or what you think. It’s not you or your stuff that’s important. They want to hear the person you’re interviewing.”

“In 1991, I set out to answer the question: ‘Where do people go when they dissociate?’” he explained.  “I got the answer to that about five years ago. Now it’s about: ‘What do you do about that?’”

Part of the answer to his original question, which emerged from his work on healing trauma, had to do with the way people experience themselves as a collection of “parts”. The most comfortable state was for them all to be integrated, but there was no point in trying to force them together. His approach was intended to tease them apart even more, resulting in them reconfiguring themselves into a whole.

“You can’t just bring stuff that has been split together again. The more you bring them together the more they repel. In fact, you need to split them more,” he said.

In the work we’d seen demonstrated, called Clean Space or Emergent Knowledge, the nine basic Clean Language questions were reduced to just two or three, combined with movement to six different spaces. The facilitator’s role was to set the space up carefully so it was fully “psycho-active”, keep the process going until it was finished, and ensure that the subject stayed in each space for long enough.

It was a trance-like experience for the subject, but there should be no suggestions from the facilitator. “That would be a hideous thing to do!”

He was convinced that the number six was important, with an almost mystical significance, and was finding sixes everywhere. Just as in the famous Stanley Milgram experiment, it was found that every person in the world is connected to every other through six people, ‘six degrees of separation’, all kinds of other networks had six as a key number.

Excitedly, he told how he’d woken in the night and turned on a hotel TV, only to find a programme about whirling dervishes, a traditional “Gateway to God” using dance. Amazingly, they had six sequences. What a coincidence! That he’d seen it at all, and that it was another six! 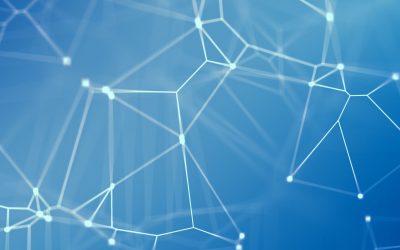 Symbolic Modelling is a practical methodology for change, and is informed by various well-established theoretical perspectives. This document aims to make explicit the links with these bodies of knowledge, and suggests directions for further reading.

END_OF_DOCUMENT_TOKEN_TO_BE_REPLACED

Where can I find out about David Grove’s ‘six degrees of freedom’?

'Six degrees of freedom' is a mechanical term, referring to the ways in which a body can move in three dimensions:...

END_OF_DOCUMENT_TOKEN_TO_BE_REPLACED

What books about metaphor would you recommend?

What books about metaphor would you recommend? There are an increasing number of books available about the importance...

END_OF_DOCUMENT_TOKEN_TO_BE_REPLACED
We use cookies on our website to give you the most relevant experience by remembering your preferences and repeat visits. By clicking “Accept All”, you consent to the use of ALL the cookies. However, you may visit "Cookie Settings" to provide a controlled consent.
Cookie SettingsAccept All
Manage consent